Experience love between two girls, earnest stargazers and still searching for their path in life.

The future is unclear: Will their dreams be broken? Will they walk different paths? And.. can their love be torn apart?

hello! If you support me with $5 you can get 24 cute wallpapers! Also, you can find the code on Github and play the game on mobile:

another amazing game by angela he, currently crying this game made me so sad:(

This is an amazing story/game. The pictures are so good and I loved this so much.

I played this on my phone and cried after I finished it.

I love this. so much ;w; This is a story of two girls who ran into each other because of sheer luck, and had something in common. They fell in love over time, but the people around one of them told them to give up, so they listened. After a long time, they pass each other on the street, and the other one is left with a choice: Turn back, or move on.

This was an amazing story, thank you so much for making it!!! I feel like it should have more choices like that, and maybe have a longer story line. But other than that, four stars!! :)

I fell in love with other of Angela He’s work, and this one is added to the list. This was a fun game to discover especially during pride month. The art, the music, everything was hands down 10/10. It’s a beautiful game and the story that it tells can be related with irl struggles in relationships.

I’m glad I found this game, and I’m looking forward to new games by the creator!

Reply
Houssem1748 days ago
I
I gave it a go. For some reason, I couldn't get past the third part cuz the game kept crashing but I liked it anyways.
Reply
Hiyochan51 days ago(+1)

Made a video about it for french viewers during pride month. It was a super cute experience, I loved their story. The game is beautiful, the music is well chosen, and the story, even though bittersweet, is easy to relate and realist. Happy I played it!
Reply
alexandersmir53 days ago (1 edit)

but like different people, different tastes, keep up the great work

Everytime I am getting stuck when a girl put her ams on the blue hair girl. Btw this game is AMAZING!!!

I actually already play this visual novel on my phone. Its really cute and the art is beautiful

This lovestory is so beautiful and the music is fire

Im so glad its free this is AMAZING AND BOOTIFUL

im stuck at cutting the photo but it frozee!! ): great game btw ^^

The art in this game is wonderful!

swipe to the left

(ugh your ärT is so beautiful)

I really loved this game! Especially the art and animations, they were beautiful, the music is also calming. (Spoiler warning) I was quite sad when they broke up. I hope this gets a sequel.

My brain when i saw this game: * plays space girl * 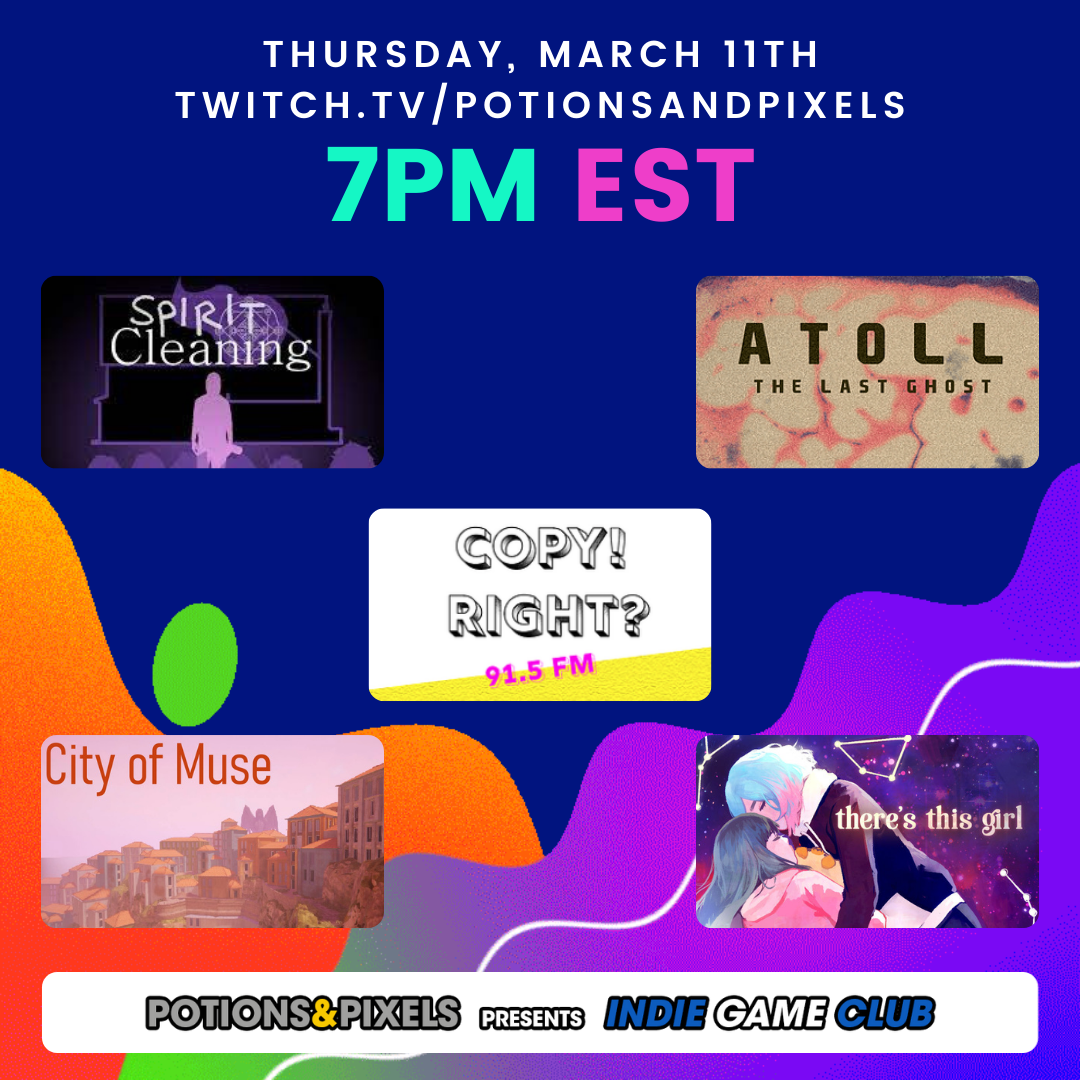 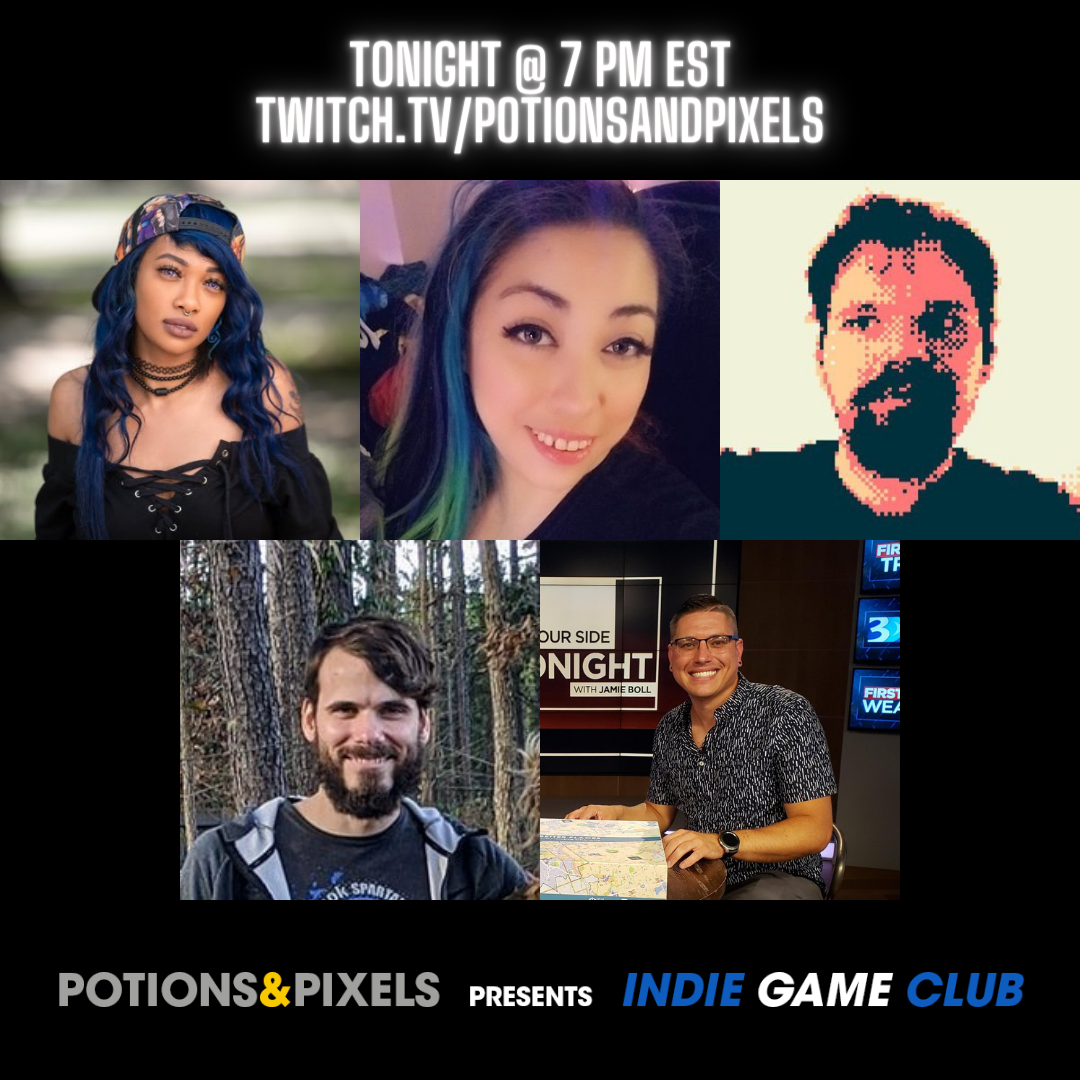 you know its wrong to tear photo's apart

I can translate your game into Spanish, if you wish.

This is so cute! I love the story so much! can there be a part twoo?

Not to be overdramatic, but I don't think I will ever be truly happy in life until this wonderful piece of work get's a part 2 where everything goes right and the balance in the universe is therefore restored.

It was soooo cute yet so sad when they broke up... Loved the art and the ✨musical atmosphere✨. Lil fun gameplay too (nothing much but just enough for a story telling game). Waiting for the next part (?)💕

Wellp...spoilers, I guess. I'm sur it'll be plenty of good going through it anyway, though.

I didn't get it. Help, it was cute I don't get if the blue girl ran away, broke up, gave up on their dream. It was also unclear if their fighting was in the blue girl's head or not since it felt like a dream.

i thing the blue girl was being pressured by her peers to stop focusing on her dreams because they wouldn't be worthwhile, pushing her to be, maybe like them? at least towards what those people think of as a stable job/life. and because of how much her girlfriend was tied in with her dreams, to do what she thought would be better (giving up the dream) she had to also break up with her. and this is where she started feeling numb. she would be looking for that job her "friends" were talking about, something to make money and live comfortably, but in the end that just broke her. there is a time skip here so i dunno what happens but its probably something along the lines of her leaving that friend group and, realizing she was unhappy, she went back to something that, in the past made her happy. she started to look at the stars again, and study them. eventually she went on to actually be successful in that field and then, one day while on a walk, a girl that is oddly familiar passes her by, she might be thinking the same thing as the other girl or maybe not, not recognize her right away. she is surprised to see her when she turns so im guessing its the second. and the rest? dunno we don't see it.

now for the player character, ill refer to her as the brunette

she met this girl that loved things she loved, and they started going out, but eventually, the girl in blue starts avoiding her, and she starts to feel depressed, as ya do. im not sure who reached out to  who, but when they met, brunette tries to either be understanding or she tries to reason with blue, unsure which, but either way blue, in her state of, "i cant keep this girl, if i do, ill keep my dream", im guessing starts to say things about how she cant keep being with her or that they should grow up and focus on more important things. brunette doesn't take it well, and they get mad and break up. time goes by, like a blur, and she is stuck, eventually, she tries to move on, and cuts her hair, a kinda symbolic thing often used to show people changing, becoming a different person or moving past something difficult. she starts to make friends, hang out and im not quite sure, maybe she is still in school, maybe something else, i cant really tell, just that she is happier. im guessing she got better much quicker then blue did, since we have to drag blue's scene into view while hers is there before then. one day on a walk, she walks past... her. the source of her heartbreak, and all the grief from before. but also the source of some of her happier times, i don't know whether she knows about the fact that blue is now back in the field of her dreams. and im going to be very speculative here so please bear with me. i think that, when we have the choice of move on or turn back, i pretend that in those scenes what actually makes her turn or not is what she knows, does she assume that blue is still out of her dream, leaving them with no ground to go back on and thus, no possible future, or does she keep up with all the news around her interest? does she see that her ex, who stopped going after her dream, got back into it, and is, while now different, cause that's how time and people work, still, at the core, the girl she fell in love with. its up to you to see what she knows/thinks. i went with the second chance, but that's just me.

TL:DR, blue is pressured and breaks up, only to get better and go back to her dream. brunette is depressed, then grows as a person and gets better, meets people,, and you decide whether she knows blue is a professor and is still the one girl she loved or if she doesn't and goes by, never thinking of her again.

I usually run away from this kind of “emo” games, but your drawings captured me and I had to go through the whole history. I was touched. Thanks for it… and yes: “Imagine” ;)

This was a really cute game <3

This game is so amazing !! Everything from the story to the art style and the animations to the music choice is so cute and perfect. I love it :D

I have had this installed on my phone for a year or so now and still revisit it sometimes because it's just so incredibly cute. I have a soft spot for angsty stuff and the story I think really resonated with me, as a bi person who easily becomes infatuated lol. The artstyle is amazing and each swipe feels like I'm flipping through the pages of a beautiful picture book. 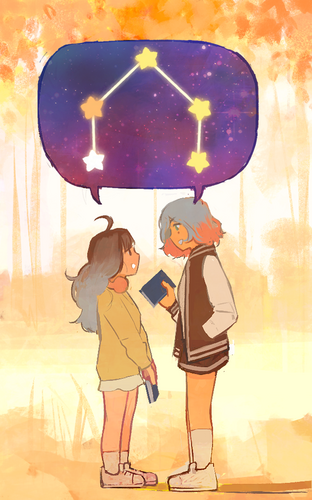 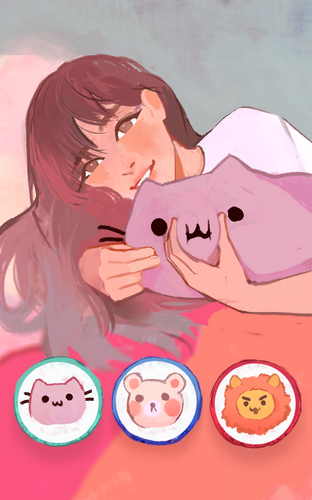 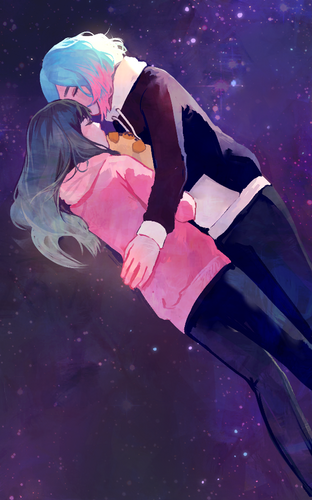 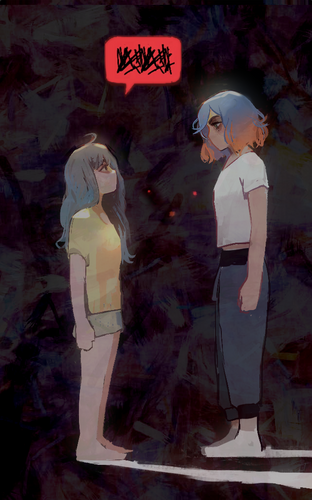 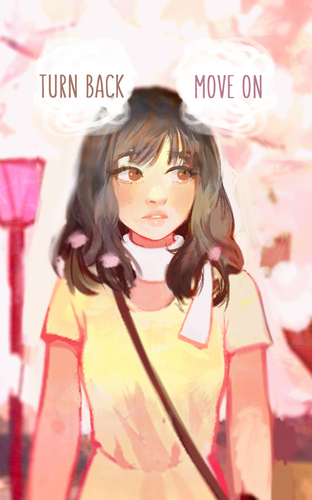